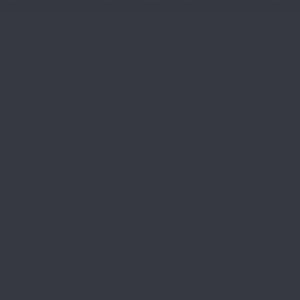 Since the High Sec mining craze is a thing lately I’ve been mining like crazy. I’m not the only one I see a lot of Orca floating about. Though I think it’s strange to see people solo mining in Orca but hey, it’s apparently the thing to do these days.

I’m started mining in a T1 frigate back in 2009. I was can flipped, tried mining directly into a friends hauler and was super excited whenever the one guy who had an Orca pulled it out for mining ops.

Granted I’m still excited by the idea of mining ops. That is why I’m focusing on piloting the mining industrials. We have a Porpoise at the ready and I’m skilling up to build a Orca for the corp which should be something we’ll be able to pilot soon-ish. I don’t plan on solo mining in either of these rigs however. I’m fine with a mining barge since they’re a bit easier to replace than a 2 billion ISK Orca.

One day I might have that kind of cash stash but at the moment it’s not the case.

Spreadsheets For the Win

I finally joined the party in setting up a minor spreadsheet to help pull data from EvEMarketer. There’s some great info on how to get those set up on the EvE University Wiki and I’d highly recommend getting started there if you want a written run down. If you’re more of a video person there are several YouTube videos dedicated to setting up trade spreadsheets for EvE online.

The corp really needed a way to be able to calculate our ore haul against current market data. We were constantly looking at the data and then doing the calculations. Thing is this is a really inefficient way to do things in EvE. The reason for this is that EvE is one of the few online games that has always had a robust data API both for players and market data available to the player base.

EvE Marketer lets players access their API and run calls to query specific parts of EvE Online’s market data. By using =importxml() (with some additional stuff to pull what you want) in your spreadsheet, you can ask EvEMarketer what the current prices look like in game.

There is a LOT more you can do with the API to do your own market analysis. If you want to know more definitely check out the EvE University Wiki post there is a lot of material there. It also includes links to the API and various spreadsheets that list the ID numbers for the regions and the items themselves. That will make it a lot easier to set up a spreadsheet with the information you need to see.

These kinds of tools are nearly required in EvE to keep an industrialist above water. While the EvE market doesn’t tend to tank as much as general MMO markets where people will randomly post things for stupid large or small amounts, it does fluxuate based on demand and market conditions.

The EvE online marketplace is probably one of the markets that’s a super close simulation of real life markets right down to sovereignty GDP’s from Null Sec.

The EvE online marketplace is currently experiencing a lot of change though and that’s something for a whole blog post. I also need a lot more screenshots of EvE.

Until next time, Fly Safe!

This site uses Akismet to reduce spam. Learn how your comment data is processed.

Any cookies that may not be particularly necessary for the website to function and is used specifically to collect user personal data via analytics, ads, other embedded contents are termed as non-necessary cookies. It is mandatory to procure user consent prior to running these cookies on your website.